The following documents, exhibits and topics are mentioned in this podcast episode. 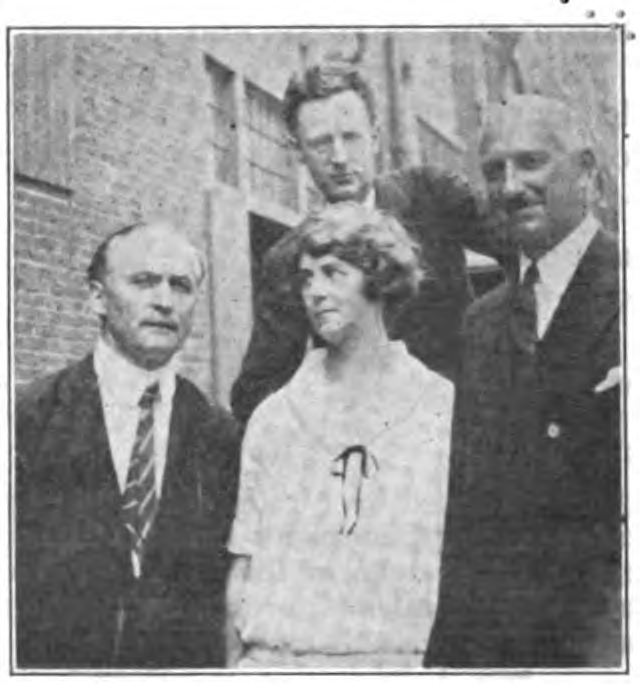 
The Society is well aware of the conspiracy theories suggesting that fraudulent Spiritualists murdered Houdini, but none of the serious scholars on Houdini believe this to be the case, nor does the S.A.M. It's important to note that Houdini was not against Spiritualists or their religion. He fought against fraudulent Spiritualists who charged grieving people money to “reach” their loved ones in the afterlife through sham seances. His investigations were driven, of course, by his hope of reaching his mother whom he loved very deeply.


3) Spiritualists used the Christian bible's book of Revelations as the basis for their “Trumpet Seances.” The first verse of chapter four describes John's entrance into heaven. The first voice he hears is like a “trumpet talking.”

During the 19th century, ingenious swindlers invented a telescoping trumpet that was easy to conceal in dark seance rooms. Truly committed fakers learned ventriloquism and other tricks. [Source: Spiritualism and the Supernatural: An Entertaining Encyclopedia for Believers and Skeptics Alike, 2019, Stephanie Hoover.]

Sara Schultz of the American Museum of Magic provided these two photos of a medium's trumpet owned by Harry Houdini, as well as this description (dated July 16, 2020):


This particular floating trumpet was actually made for Houdini's use in his lectures on unmasking mediums. It was presented to Rev. Gordon W. Mattice by Houdini's brother, Hardeen, in 1945. Rev. Mattice, an amateur magician, lived across from Hardeen's home in New York City when he was a boy. Mattice then presented it to Robert Lund, the original founder of the American Museum of Magic in 1975. 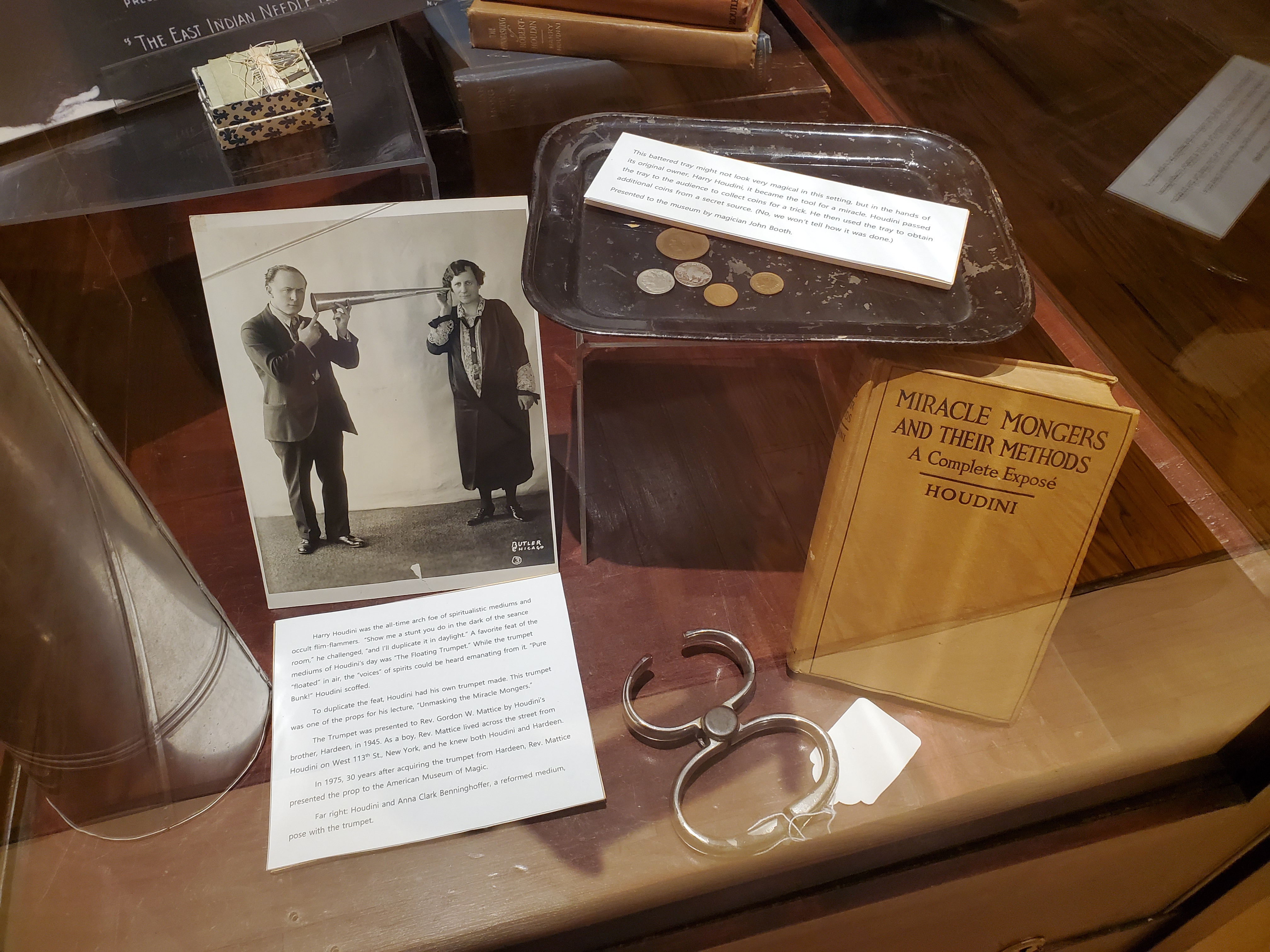 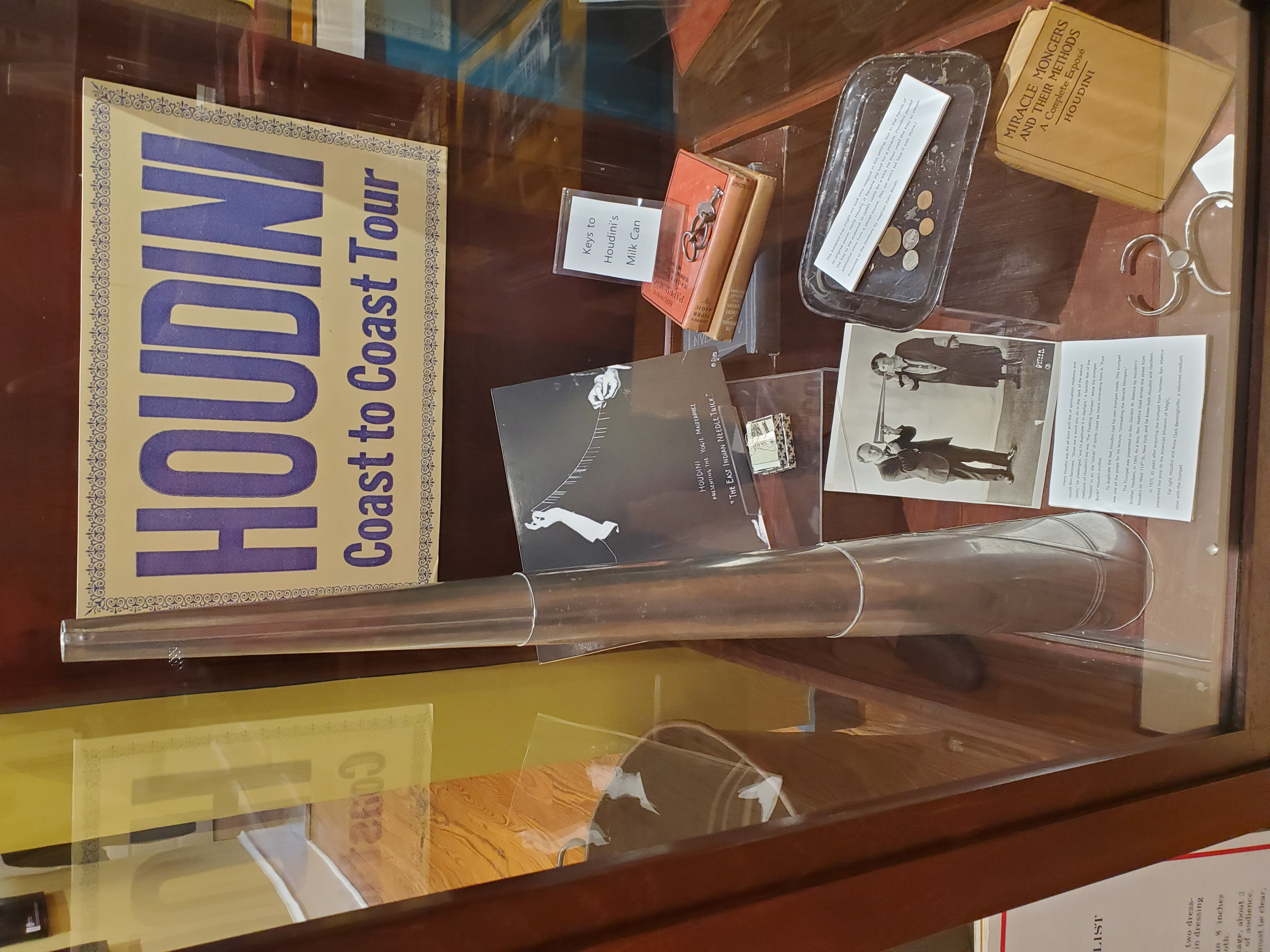 4) Scott Penrose, executive curator of The Magic Circle Museum in London, had this to say about the podcast's conclusions (July 16, 2020):


Houdini was someone who wanted to believe in Spiritualism but, because of his knowledge as a magician, never found evidence of its existence. No doubt he would have concurred with your conclusions.


5) The pamphlet Houdini wrote about his debunking of Margary:

6) Read Stephanie's feature article (on which this episode was based) on her history-tainment website Clouded in Mystery.